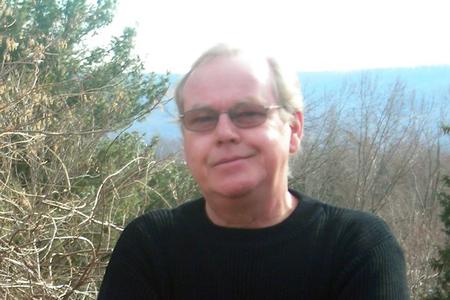 My Biography and No Bullshit !

I was born into a blue-collar middle class family in the mid-1950s. My parents' aspirations for their children were realistic for the time, the girls would grow up to be housewives, and the boys would grow up to be tradesman in some labor union. My parents did not think their children would ever go to college, because higher education was so expensive at the time that only the upper middle class or the rich children had a chance to have a job as a professional who worked in an office.
As I grew up at the time as an unknown dyslexic, struggling to keep up with my fellow classmates academically, I slowly became socially isolated, and ashamed of myself. When I was 13, my parents had finally discovered through psychological testing that I was dyslexic. They had three choices. First, send me away to a special school for dyslexic children, which was out of reach financially for a one-paycheck family with five children. Second, enroll me in special education in my school district, which had severally mentally disabled children, in which I would be taught how to iron, cook, break change of a dollar, and basic human hygiene. At the time, I had already mastered those life skills. Third, main stream my education with the rest of children with no special accommodation, and with hard work maybe graduate high school. My psychologist like some others in his profession, even to this day, suggested the 3rd option. My parents followed the psychologist advice, and also decided not to tell me or anyone else about my dyslexia. My parents thought that I would use the disability as an excuse and it would hold me back from my highest academic potential.

Now in my mid-50s, I consider myself a successful family man. I was a United States Marine Corps Vietnam Era veteran. I joined the Amalgamated Lithographers of America in 1979, where I worked as a printer. In 1989, I earned my A.A.S. degree in Business Management at Orange County Community College. I pursued a career in information systems in many Fortune 500 companies, working my way up from computer operator to the position of Director of Production for Automatic Data Processing Inc. in 1998. In 2003, I changed my career to become a top selling real estate agent for some of the largest firms in upstate New York. I live in Warwick, New York, with my wife of 36 years and daughter.
Yes, you might say, "Hey, you had dyslexia, had no special accommodations for your learning disability, you're a successful guy and your life turned out just fine." You are right, if you were to summarize my life accomplishments in a paragraph. However, how I achieved those accomplishments was, by no stretch of the imagination, easy for me. In my first book, Dyslexic Dick: True Adventures of My World, I tell of all the crazy things I had gotten myself into, the social and personality effects of dyslexia. In short, if I had a child with dyslexia in today's day and age, I would look for educational accommodations to help my child succeed in life. Because if you don't, you could be unleashing on to the world a social outcast, career criminal, a drunk, drug addict, a loner, someone who is continuously unemployed, or they might become a successful citizen like me. Yes, there is strong psychological evidence that suggest dyslexics have a very high rate of all of these counter-social traits, and that only 25% of dyslexics end up like me. In fact, it will become very apparent in my next book, Dick becomes all of those anti-social things above, until he meets the love of his life, even then some of those traits still don't go away.
After writing my first book, I wanted readers to take away from the story that a dyslexic child should not have to grow up and be denied an appropriate public education. What is shocking to know is that over four decades after my story took place, the same type of story is unfolding to millions of students right now in our nation. I had discovered that only the upper-middle-class and rich dyslexics would be educated using the Orton- Gillingham Multi-Sensory Learning Methods. These methods had been proven to teach people with dyslexia for over 60 years. It is a harsh reality that today's people with dyslexia have to face. Dyslexic Advocacy groups had been battling for decades, to get every dyslexic a public education that was appropriate. I thought the fight for dyslexics was a noble one, and I, too, wanted to advocate for people with dyslexia.
I am now a Dyslexic Advocate. My first book was recognized by the New York Chapter of the International Dyslexia Association "Everyone Reading", and I had a book signing at their 2013 annual conference.
On March 28, 2014, I published the second book of the series of my military career, Dyslexic Dick II: The Marine Corps Truly Uncommon Experience. I want the reader to realize what could happen to a young dyslexic adult who is not remediated.

The other reason I write these books was the challenge it presented me. All my life, I had struggled with reading and writing. Even during college, I barely squeaked by to earn my degree. I loved to write stories, but my professors were not interested in the story, only the correct English protocol for scoring. Then years later after discovering, what dyslexia really was and the effect it had on my life, I took on the biggest challenge of my life. I decided to write a book about my life. After I finished the first book, I let a few people read it and they loved it. I then reflected on my story, and realized that it was a funny and exciting life I had lived. If it were a boring story, I would have never published it. Because I might be many things but boring was not one of them. So there you have it. I like to advocate for people with dyslexia and I love to entertain all people while doing it.